BBB seems to be taking over our club - we had four games going this week, out of a total of eight in the hall. 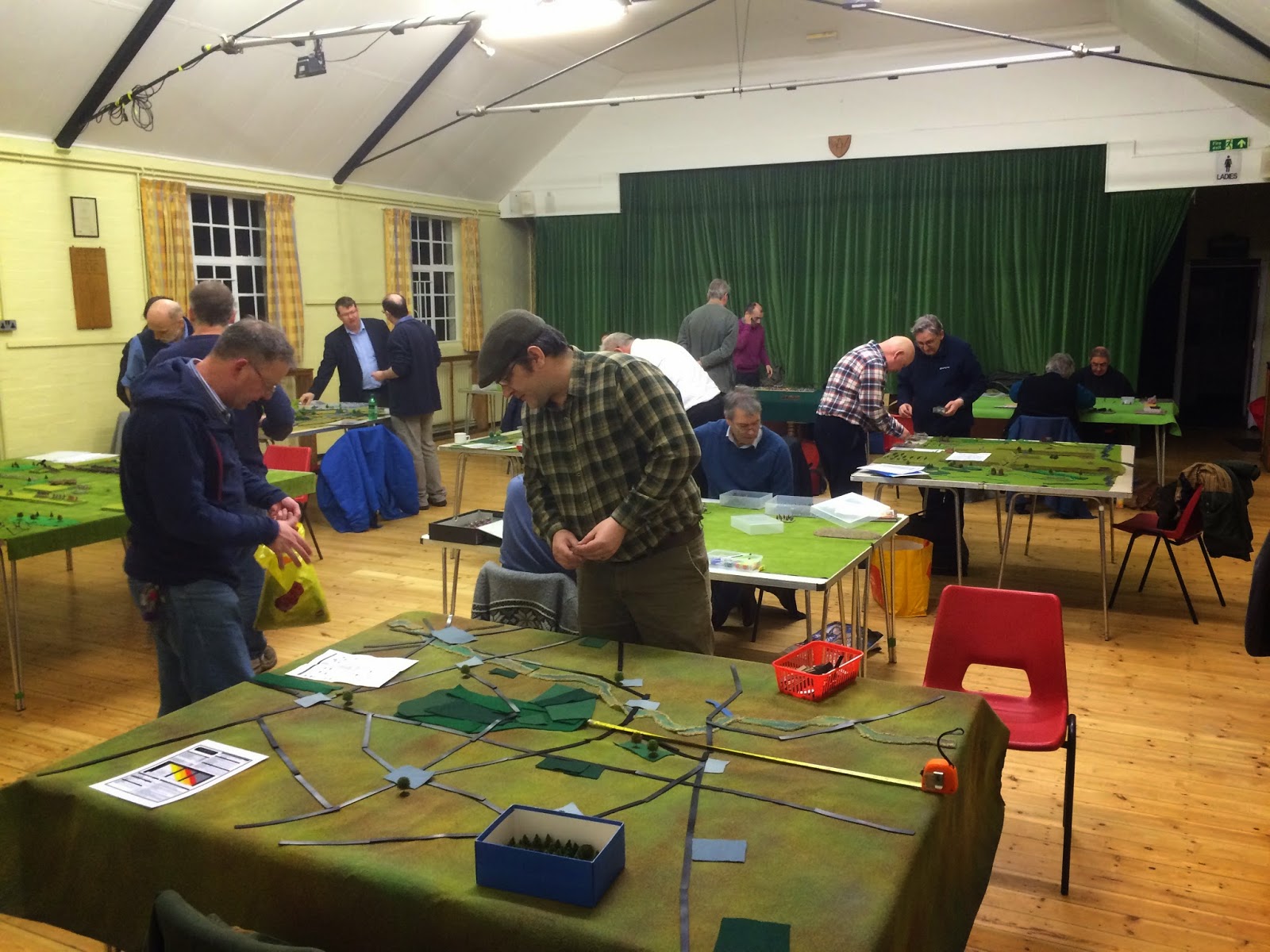 Vincent Tsao's First Bull Run game went down well - producing a narrow Union victory - and other players are keen to give it a go.

Konstantinos Travlos's Velestino 1897 action is a nice small quick game which got fought twice in 3 hours, resulting in one tie and one somewhat fortunate Turkish win for me.

Nikopol misfired a bit as I seem to have made it very one-sided, and the Russians got thumped both times. I need to revisit this one and tinker with the victory conditions etc.

Le Cateau was a test not only of the scenario but also of rule modifications to make BBB work for huge WWI battles. The game moved along swiftly and the scenario went pretty historically. I think the rule mods need more tweaking to strengthen the defence, but are going in the right direction.

Looking forward to some Sikh Wars action next week.